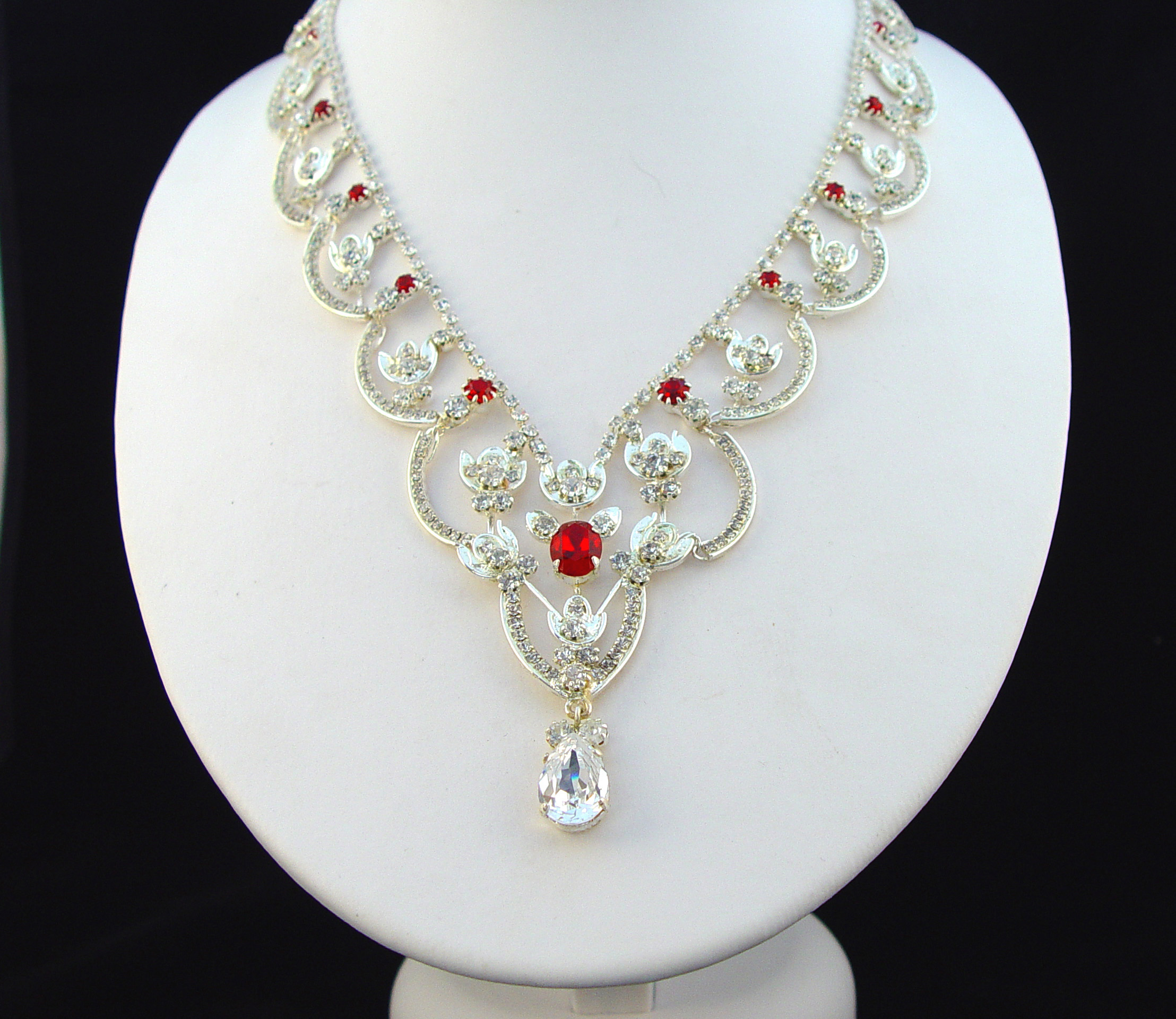 The British have always had an affinity with pearls, perhaps more attracted to their demure beauty than to diamonds and rubies. We see a lot of Regency and Victorian era paintings of women wearing pearls.

So unsurprisingly, the well-loved Queen Elizabeth II is just as enamoured by pearls as her people are. The Queen is said to have a very eclectic collection of pearl jewellery, some that she inherited from Queen Mary and the Queen Mother Elizabeth. There are so many pearl necklaces in her collection that nearly looks identical that it is very difficult to differentiate between them. Moreover, with vintage photographs, it’s very difficult to make a proper identification, considering that the lighting, the colouring and the age of the photographs makes things unclear.

It is also difficult to recognize when the neckpiece is actually a two strand necklace or two pearl necklaces worn together. Nevertheless, an attempt has to be made.

When the Queen was young, before she was coroneted, she used to wear lighter, simpler pearl necklaces with small pearls and no embellishments. There are two necklaces, however, that are distinct.

The Queen Anne and the Queen Caroline Pearl Necklaces

Firstly, it bears to mention that these necklaces are so often worn together, they’re generally regarded as a two strand necklace, which they’re not. The smaller necklace is the Queen Anne necklace which has about 46 pearls in it. Queen Anne was the last monarch from the Stuart dynasty so the necklace is of some historical value.

The Queen Caroline necklace has about 50 peals in it. The necklace is rumoured to have been made from the finest pearls from Caroline of Ansbach’s collection. She was King George II’s Queen Consort. Queen Victoria later on left the pearls to the crown.

There’s a bit of an amusing story behind the necklaces. When Queen Elizabeth got married to Prince Philippe, the now Duke of Edinburgh, her parents gave her those necklaces as a wedding gift.

Queen Elizabeth, at the very last moment, decided to wear them and had an aide dispatched to fetch the necklaces. The necklaces were at St. James’ Palace, where all wedding jewellery was on display. The aide was forced to take the King of Norway’s limo and brave the traffic to get there and retrieve the necklace.

This particular necklace isn’t worn by the Queen often. The Hanoverian pearls came to Britain with King George I and some of the pearls in the necklace are said to be owned previously by Mary, Queen of Scots. Queen Victorian left the pearls to the Crown in her will and since then, Queen Alexandra has worn it in her coronation and a few others Queens were seen with it as well.