Why and how Raksha Bandhan is celebrated 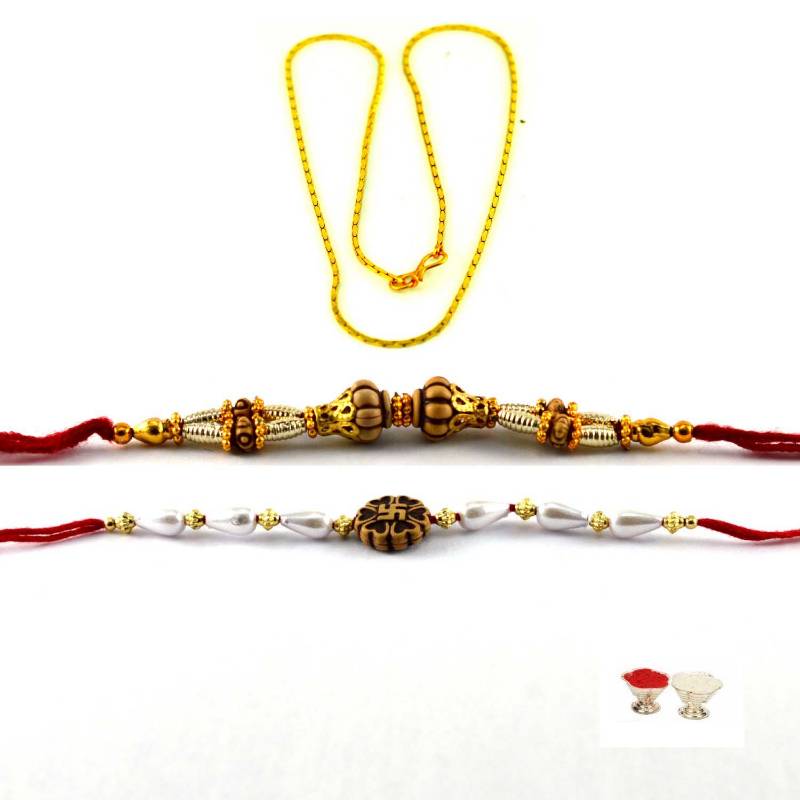 Living well without a relationship is like living life without food, just like a human that needs healthy food to keep his body fit and beautiful the same way you need a healthy relationship in of  peace, happiness and joy in your life. Celebrating a feast without any festival is not at all possible if you don’t have a good relationship with your parents, neighbors, or even relatives. The feast of Raksha Bandhan is one festival that builds and strengthens the other relationship between a brother and a sister. In a western this would sound very popular for a friendship day where the friend ties a band to another friend as a symbol of friendship day.

Why is Raksha Bandhan Celebrated?

This festival means the bond of protection which come in the month of August Shravan Poornima  (full moon day) of the Hindu calendar. Raksha Bandhan, Kids Rakhi which marks the end of the current season and a beginning of a new season. Raksha in Sanskrit means protection and the meaning of Bandhan means relationship, so the full significance of this means protection between two souls. This particular festival is very important for both the brother as well as the sister and is to be known as different names Over many years, this festival of Rakhi has gone through many modifications, according to the ancient scriptures where Raksha Bandhan which signifies papa Todak, Punya Pradayak Pava which has been translated as a day to the grant boons and removes all of the sins.

Why do we wear a Rakhi?

According to the Vedic rituals when wearing a tread chanted with a sacred verse which is purified with rice and durva grass where it is a custom to protect yourself from the sins, diseases, and the black magic. This custom is done once in a year,. And this type of ritual is followed after page in special ceremonies like house warming, and marriages. Raksha Bandhan, Kids Rakhi is one other way to follow the ritual when the sister ties a silky soft colored thread which is adorned with beautiful decorative beads and stones with a holy symbol which shows the feelings of the brotherhood, love, and affection goodwill and unity.

Can only a sister tie a Rakhi?

As the feast of Raksha Bandhan is celebrated as the relationship of the sister and the brother festival in the modern times it was not really so. The tradition of the holy thread was tied on any one wrist be a mother, sister, or then even your neighbor, it was done to bless the person and protect him or her from the evil and the troubles. Sages and the seers were also tied as a sacred thread to those who are coming to them for the blessings Rabindranath Tagore had promoted the festival of Raksha Bandhan as a celebration of peace and unity.

The feast of Raksha Bandhan starts much more earlier than the day it is celebrated, where the markets are flooded with the best beautiful and colorful Rakhis made of different designs, shapes and sizes which is well complemented with the greetings of goodwill and prosperity.